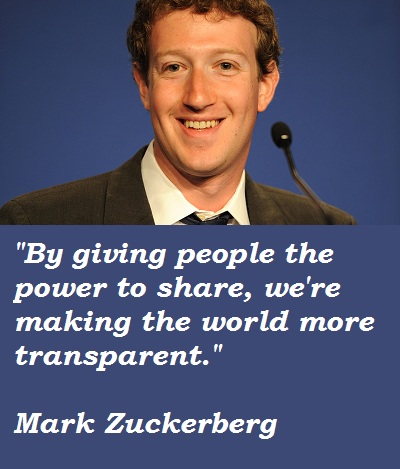 FACEBOOK is the 21st century’s most dominating and fastest grown company.
An American computer programmer and Internet entrepreneur Mark Elliot Zuckerberg, one of five co-founders of the social networking website Facebook is the star of this company.
In the last decade of 20th century companies like GOOGLE,YAHOO were ruling the internet. Even in the next decade. In between that FACEBOOK has been entered in Feb 2004. Although GOOGLE is still the biggest company, but it looks like that facebook is going to overcome it in next few years.
The main reason behind it is that, the difference between the working of these sites. Database of both of these companies is huge. Still if you look closely to the GOOGLE, when you try to search something on web, it uses filters such as, it provides information from the previous searches of that specific user. User exits from GOOGLE after getting the desired result.
Whereas, FACEBOOK gets user’s information from the pages that specific user has liked, the posts he/she has liked and the other information as music and other interests. And it gives the next option to user according to their age group like 18-35, which engages users more on it!
Even the availability for advertisements is more on facebook, which makes facebook the stronger contender of this competition.
According to the Mark Zuckerberg, in the future, FACEBOOK is going to work on artificial intelligence, telepathy, and virtual reality. I will not be surprised to see teleportation implementation in FACEBOOK.  It has the tremendous calibre to change the future! It looks most promising part of social media in the future as well. So lets get ready to see the brighter future of human beings more engaged with the FACEBOOK!